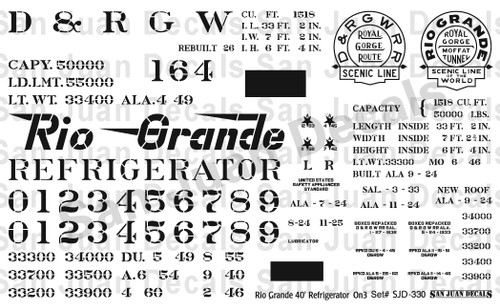 The 40' refrigerator cars of the D&RGW went through several lettering schemes while in use on the railroad. These decal sets cover the last two schemes as shown here. These sets also include paint stars and repack dates in both black and white lettering; black rectangles are also included to be used as backgrounds for the repack dates in white.

This decal set will letter one car in either the 1926 or 1939 lettering scheme.