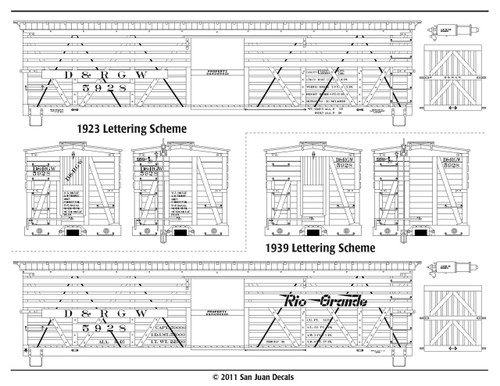 The 34' stock cars of the D&RGW were built between 1923 and 1924 and went through several lettering schemes while in use on the railroad. Many of these different schemes survived until the cars were scrapped in 1955 with some minor changes. These decal sets cover the two most common lettering schemes, along with several minor variations in lettering.

This decal set will letter one car in either the 1923 or 1939 lettering scheme.