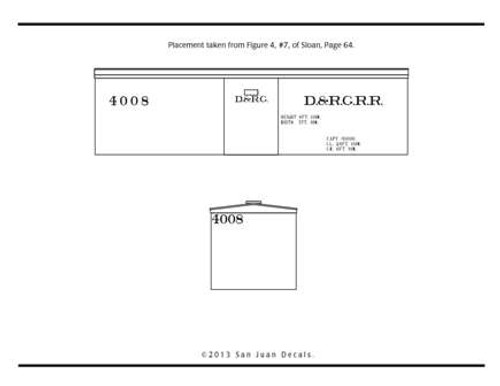 The D&RGRR 4000 series boxcars were originally built as class 5 boxcars between 1884 and 1895 for the D&RG and its subsequent variants due to the split from the Utah half of its original parent company.

Many of these cars were rebuilt from the earlier 24’ boxcars as well.

These boxcars continued in service through 1942 but the bulk of these cars were retired by 1926.

The 27’ Box Cars went through several lettering schemes during their service on the D&RGRR.

This lettering set represents what the cars looked like for the 1887 paint scheme, and will letter one car.