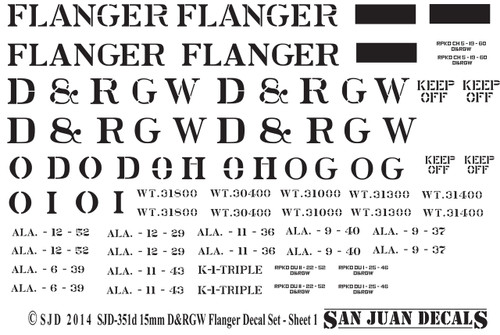 The lettering on the Flangers saw the use of different stencils when they were repainted and we have included all of these differences in this set.

Multiple choices of repack and reservoir dates are also included.

These combinations of Flanger lettering options were chosen as the blades of these three Flangers were very similar.

Flanger OE was almost identical in appearance to OD.