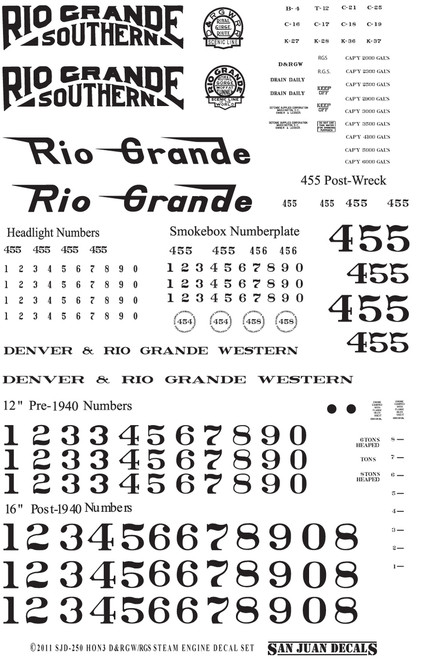 For example the changes in the cab numbering style for the pre and post wreck RGS 455, pre-Sunrise vs. Sunrise RGS styles, as well as the different early and late tender lettering and herald vs. flying Rio Grande logos seen on D&RGW locomotives.

We have attempted to develop decal sheets that will allow the modeler to duplicate almost all engine markings.

We recommend that the modeler refer to pictures that show the specific engine being modeled and the linked examples on this page before making their selection.