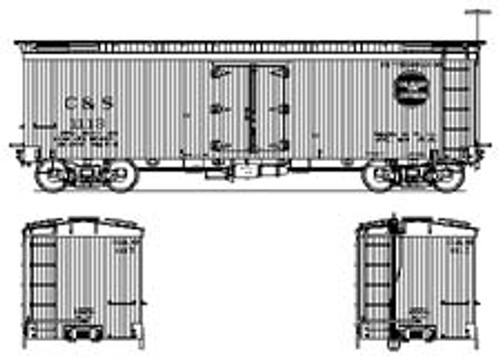 This decal set also covers the lettering for the RGS's 30' composite frame refrigerator car #2101. While there is no photographic evidence that the other two cars the RGS acquired from the C&S were ever painted and used as refrigerators, we have included extra numbers for "2102" and "2103," should such evidence ever appear.